NEW FEATURE
We have just released a new Goals Game. At every level you have a new goal to complete related to the City of Marada. Each level gets harder to complete but you will receive a prize for completing each level. Unlike quest and mission games, you have unlimited amount of time to complete each goal level and you can only complete them once. New levels will always be added to the Goals in each world. Prizes include rare items only avaliable from goals, MP, BP, RP, Dukka Coins, Account Upgrade Credit and stats for your pets. The City of Marada Goals is the 16th world to have goals and currently has 31 levels for you to complete. New levels will be added in the news to these goals all of the time, each with a brand new prize.

The Monthly Checklist has been updated. The requirements have changed and the artwork has been improved. You may also randomly win a Capsule Machine Token each month when you enter. Remember, if you have the Monthly Checklist Giftbox you will automatically be entered twice, each and every month, for life! There are just a couple of days left to enter the March 2014 competition so if you haven't already entered, enter now to win Account Upgrades Credit!

NOTICE - the new requirements will NOT need to be completed this month. If you are entering this month, ignore the Plates & Plushie collection requirement until April.

The Security Codes around the site have been improved. They should be much easier to read now!

The News has been updated. You can now comment on the latest site news. This feature is for your comments, feedback, opinions or any discussion about the news post. Using the comments to post SPAM, to chat off topic or "race" to be the first comment will result in Chat bans and fines. Please do not abuse this.

The Sybri can also wear the Prize Costume.

The Walk of Fame has been released in Lowlyhood. This is the new home for our celebrity dress up games. From time to time, we will select famous people that live far away from Marada and immitate their clothing, shoes and hair styles. They will be added to the site for you to wear - with the majority avaliable for FREE at the Clothing Rack. There are 3 new Miley Cyrus hair styles avaliable.

This week is Double Gym Stats Week! Every Gym and Elite Gym session that you complete this week will give you double the normal amount of stats for the same normal cost!

All Quests have been updated. They are all now more profitable.

The Job Centre in the City of Marada has been improved.

The Ice Fairy mystery item game is back!

Here is a preview of a new Prize Costume that will be released later this week, with the new Capsule Machine in Nimbus. The Crikey, Crindol, Fasoro, Nino, Rofling, Vlad, Yuni and Zola are the first pets to wear this costume.

NEW PET
Introducing our 71st species of Marapet. The Zola is a restricted pet that will be released shortly, as part of the new Capsule Machine in Nimbus.

QUEST UPDATE
The Leprechaun quest in Gigantic Paradise has been improved. The Leprechaun has been redrawn and some of the RP payouts have been increased. We have removed Newspapers, Magazines, Plates and Photos from being asked by most quests. There is also less chance of being asked for 3 items from this quest. 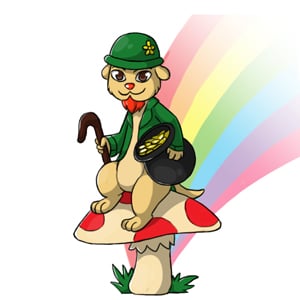 Can you find these new Hidden Avatars?

The Pot of Gold event for St Patrick's Day has now finished. An amazing 1,001,605 items were donated in just 7 days! Not only did this break the world record, it also broke the Pot of Gold!!! It has been rebuilt and re-opened and looks better than ever! Zetzilla is finally full and has stopped eating everything he could get his hands on...

Every player that took part in this event should now have an alert telling them how many items they donated, and if they were in the Top 100, received a gourmet Pot of Gold Cake and 1,000,000MP!! The following lucky players also randomly won a retired Leprechaun Costume : lollike57, musicnme2130, MissTonya21, ZLGC, joejonaslover21, flameswarren, flora786, Aurasan, midnightwolf788, DantheCandyMan

The Balloons shop now has a new shopkeeper. There are also 42 new balloons now restocking.

Last Week's Raffle has now ended. pim1212 is the winner of the Red DNA and 100,000MP prize with the winning raffle ticket number 3664! Congratulations! Make sure you buy your tickets for today's raffle - only 10MP per ticket!

The Game of the Week has now changed to Blackjack.

The new Libra Treasure Chest has been added to the Account Upgrades page. You can open this item to receive 5 random new libra themed items, including new clothes, shoes, wig, weapon, minipet and contact lenses. There are 14 new items avaliable from this Treasure Chest. This will automatically retire April 13th.

NEW FEATURE
Queen Eleka has joined the King by ordering the National Maradan Bank to open a new RP Bank in Eleka's Castle. You can now store your RP in this bank and collect daily interest.

The Azul and Fasoro can now wear the Panda Costume.

NEW FEATURE
The Homeless Fairy has just been released in the City of Marada. This fairy was once a budding fashionista and newspaper reporter, until he lost everything when Zetzilla attacked. Forced onto the streets, he's just trying to find his next big story to get him back in the limelight. He rewards pets who have read lots of Newspapers these prizes he has lying around.

NEW FEATURE
King Baspinar has ordered that the National Maradan Bank open a new BP Bank in Baspinar's Castle. You can now store your BP in this bank and collect daily interest.

These new Phanty Plushies have been released. You can win these as prizes from the Trunx Theatre missions.

Can you find the new 'Monster' Hidden Avatar?

NEW EVENT
Happy St Patrick's Day! To celebrate, the Leprechaun is trying to beat the world record for the most items donated to the Pot of Gold in 7 days. From now until March 24th, you may randomly win one of these new prizes every time you donate an item. You cannot donate any items above Rarity 15.

At the end of the event, the Top 100 donators will receive a new prize and 1,000,000MP. And 10 lucky random players will receive a retired Leprechaun Costume - the more you donate, the more chances of winning!

Happy St Patrick's Day! A new EVENT will start later today. These new Leprechaun Pets have been released. The Chibs, Crindol and Lorius are new and the others are redraws.

Last Week's Raffle has now ended. freakyteen16 is the winner of the Red DNA and 100,000MP prize with the winning raffle ticket number 3512! Congratulations! Make sure you buy your tickets for today's raffle - only 10MP per ticket!

The Game of the Week has now changed to Simon.

Seven days have passed since you all fought and saved the City of Marada from Zetzilla. As you all know, he was only 87% defeated when he ran away. Maradans awoke this morning to the news that Zetzilla has made his way to Gigantic Paradise. At first there was widespread panic, but it seems he fits in here and is now calling this world his home. The City of Marada is now safe and the Giganitc Paradise map has been revamped. We hope you love the changes! We still don't think we've heard the last of Zetzilla though, so stay tuned for our St Patrick's Day EVENT starting March 17th... 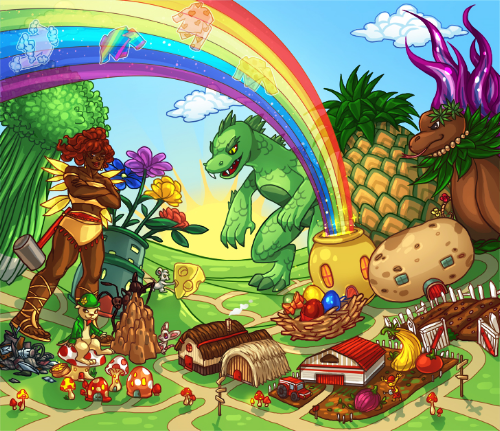 The Queen Eleka Loyalty System has new prizes added. Every unique day that you log in and play Marapets she will count it. She now awards prizes up to 720 days.

Can you find these Hidden Avatars?

There are two new Giftbox items on sale at the Account Upgrades page. The Magazine Stand Giftbox allows you to magazines every 30 minutes instead of an hour. The new Missing Wardrobe Giftbox unlocks a new feature in your Wardrobe. You will be able to view all of the items you do not have in your wardrobe, organised by category, with a price check feature and giving you the chance to try the clothes on before you buy them!

This is how the Rofling, Viotto and Vixen will look like wearing the new Monster Costume.

GAMES UPDATE
We have improved the Games page. You can now view all 46 Flash Games and quickly play our Top 12 games. You can also browse all site Games by category. We hope you like the changes!

These new Charms are now restocking in Eleka's Castle.

Can you find the 'Ouch!' Hidden Avatar?

The Hotel in the City of Marada has now been revamped.