Part 5
King Baspinar has spoken! He is going to do whatever he can to make sure that the City of Marada comes out of its economic recession as quickly as possible - or atleast for the time being, try and stop it getting worse and turning into a depression, or a war. He has just released the first part of his Stimulus Package! You will receive 1 Stimulus Point for every quest you complete and for every item that you restock from any of the main restocking shops (this does not include stores with items always in stock or user shops).

The King of Marada hopes that this will help boost the economy which the City of Marada really needs right now! A City Recession Stimulus Shop has just been opened in the City of Marada under the order of the king. These items will all retire at the end of this event! Lets hope the King knows what he is doing and that a future War has been stopped... 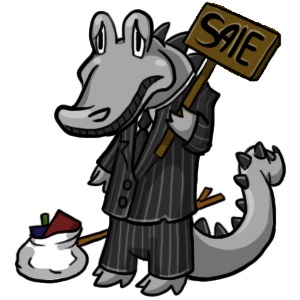 Part 4
The City of Marada is in turmoil! The city Job Centre has stopped paying wages to all of its employees - they still have jobs, but until the economy improves, all employees are on mandatory unpaid leave from work. Maradans are desperately waiting for the King of Marada to step in and do something about it!

There have been talks of more strikes, bankruptcies and even threat of a civil war breaking out accross Marada, as other worlds are starting to get hit by the side effects of the City's recession. Hopefully something is done about this soon, we would hate for it to lead to a war or a deep, long term depression... 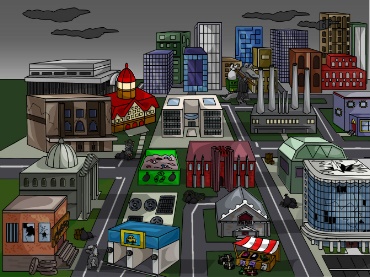 Can you find these very organic Hidden Avatars?

Part 3
The Bank of Marada has just announced that it has lowered its interest rates to 0% and has therefore stopped giving out daily interest. Credit markets have been going into freefall and the Stock Market has totally collapsed with no sign of any immediate rebound. In the latest outlook on the Maradan economy, analysts predict a deepening recession that will affect the rest of Marada if the City doesn't do anything about it soon!

In other news, the Post Office is the latest shop in the City to declare bankruptcy, with Stamps currently no longer restocking. 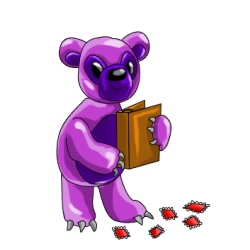 Sorry for the unexpected, unplanned downtime we have had for most of the day. One of our routers died and had to be replaced. This closed off about a quarter of the site and we found it necessary to simply close the site until it returned. Its the first major downtime we have had all year and we hope that it doesn't happen again. Thanks for your patience and understanding!

Part 2
With the recent bankruptcy of Trevor's Car Parts store in the City of Marada, the Maradan Bank has been reviewing some of the bad loans it has been providing to Maradan companies. News quickly spread to Puchalla Village where panic selling of shares has reached the Maradan Stock Market.

The Stock Market has now collapsed, with shares in all companies down and selling at -1,000MP per share! Shares in Car Parts are down -1070.9%! 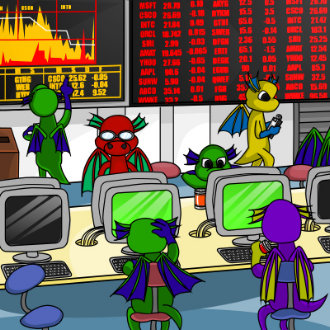 ACCOUNT UPGRADES
A new, very special Thanksgiving themed account upgrade has just been released in time for US Thanksgiving celebrations. This is a one-off celebration as the majority of the site do not celebrate it.

This Account Upgrade will *RETIRE* in only 2 weeks on Dec 2nd!!

It is a very unique upgrade pack as the main prize is a Restricted Pet Gobble. You will receive a thanksgiving themed cd, book, dvd, pearl, costume, stamp, minipet and random colour of a Gobble Potion.

The Gobble pet will only ever be avaliable from these Account Upgrades. It is restricted and therefore cannot be gained from any other Temple or event. You literally only have these 2 weeks to get hold of one as it will not be in Account Upgrades again any time soon!

Part 1
With the fuel prices increasing this year, more and more Maradans have been leaving their cars at home and using more public transport or walking - some have even taken Elger's advice and have been travelling on the more fuel efficient Broomsticks!

The fall in car sales has started to hit Trevor recently and today he has declared bankruptcy. Until he can afford to pay his creditors at the Maradan Bank, he has been forced to close his Car Parts Shop.

Last Week's Raffle has now ended. NikkiWlee is the winner of the Red DNA and 100,000MP prize with the winning raffle ticket number 3322! Congratulations! Make sure you buy your tickets for today's raffle - only 10MP per ticket!

The Game of the Week has now changed to Candy Cannon.

NEW FEATURE
This ancient Temple has been opened for you to explore. Its very dangerous, so you can only send in one pet at a time and while the pet is inside the temple, you cannot trade or exchange the pet. Make sure you are prepared - the temple has many obstacles, 30 levels some say, but not many have made it all the way to the treasure deep inside! While inside the temple, your pet will notice many closed, locked doors which can only be opened by the earthly wisdom an Organic Minipet holds.

At each level of the Temple, you will get a prize. It can be either items, currency, pet stats or Account Upgrade Credit. There is no time limit for completing the Temple, but you can only complete one level every 24 hours. If you manage to reach level 30, you will be able to choose any Stamp you are missing from your Stamp Album. You will not receive the item, it will be added straight to your Stamp Album.

The new Temple of Transvaluation has been added to the Lost City of Simeria map.

Last Week's Raffle has now ended. gege1212 is the winner of the Red DNA and 100,000MP prize with the winning raffle ticket number 5097! Congratulations! Make sure you buy your tickets for today's raffle - only 10MP per ticket!

The Game of the Week has now changed to Protect the Egg.

This week's Olympic Event is Swimming.

HALLOWEEN EVENTS
All Halloween Events will end on November 10th. This includes the character costumes currently on sale in the Account Upgrades! That means you only have 4 days remaining to find these Hidden Avatars!!

ACCOUNT UPGRADES
The new Sleepy Battle Upgrade has just been released. A new type of Account Upgrades, they are priced at 6 UK Pounds and are battle related.

PLEASE NOTE - the battle cards will not be activated for battle in the Arena until later today. Thanks for your patience.

NEW FEATURE
We finally have Gardens for our houses. Every home automatically comes with a plot of land outside which is your Garden. The bigger the home, the bigger the Garden. You can plant Seeds in the garden and they will need to be watered with Pottery items you have filled with water at the Lush Lake. If you water a plant when it doesn't need watering it will die. If you water it when it needs watering, eventually it will grow into a Flower. You can then turn that flower into a new Organic Minipet if you have a Fertiliser item!

FREE TRAINING
Do you have a Minipet Pet? All Minipet costumed pets will receive FREE training at the Gym and School until November 7th.

A new Editorial has just been released. All questions have been reset, so now is your chance to send in your questions, ideas, comments and suggestions to help improve Marapets!

There are 7 new Hidden Avatars for you to find.

The October 2010 Monthly Checklist winners have been announced and the prizes have been rewarded. Congratulations to all of those who have won. Don't forget, this is a monthly permanent feature that you can enter for FREE. If you haven't already, you should enter the November event!

Last Week's Raffle has now ended. ann222 is the winner of the Red DNA and 100,000MP prize with the winning raffle ticket number 4652! Congratulations! Make sure you buy your tickets for today's raffle - only 10MP per ticket!

The Game of the Week has now changed to Fruit Harvest.

This week's Olympic Event is Hurdles.

HAPPY HALLOWEEN
The final event of our Halloween Celebrations has just started. It will end on November 10th with all of our other halloween events. To take part in Character Trick or Treat, all you need to do is dress your character up in a Halloween Character Costume. Then you can visit the profile of any player that is currently online, hit the Trick or Treat button and get a prize! You can only Trick or Treat each person once and you will receive MP or an item. All of these item prizes will retire at the end of this event too! If you are dressed up really well for halloween, you might even scare the other player so bad that their character has to walk around the site looking terrified!

You tricked Ian and look how scared they are!!!

The Snowman has taken halloween a little too seriously again this year! He is now only asking for halloween treats and he is giving out some new prizes! If you are very lucky, you may get a retired Halloween Snowman Character Costume!! 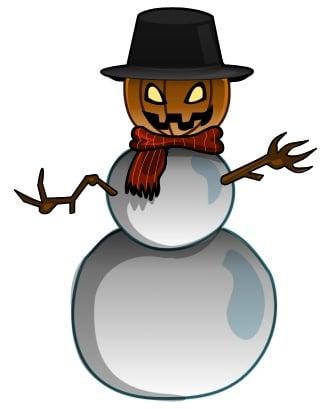 ACCOUNT UPGRADES
For one week only, we are re-releasing some old Halloween Character Costumes in the Account Upgrades. You will receive the Male and the Female costume.

A new Pumpkin Hunt has just started for 2010! It will last 3 weeks. As you browse and play the site as normal, check out every page for a Pumpkin in a box. When you find it, click it and you'll get a prize!

WARNING : Anyone caught adding fake pumpkins to their profile, signatures, clubs or anywhere else on the site will have their account frozen for the rest of Halloween and be fined for doing so.

Its time to celebrate Halloween in the world of Undying Woods! Elger has taken the time off from doing quests during this holiday season. Instead, you can visit her with your pet dressed up for Halloween to go Trick or Treating for FREE once every 20 minutes - Werewolf pets can visit once every 15 minutes! All you need to take part is a pet wearing a Halloween, Nefarious, Skeleton, Ghost, Witch, Dark, Zombie, Wizard, Voodoo, Vampire, Goblin, Rotten, Midnight, Insideout, Gothic, Eleka, Killer, Werewolf or Devil costume!

Its almost Halloween so we thought that we would let you know about all of the amazing Halloween Events are about to start and will end November 10th.

Halloween Events Elger's Trick or Treat
Similar to last year's event, Elger will run a trick or treating event at her Haunted House. Anyone with at least one Halloween, Nefarious, Skeleton, Ghost, Witch, Dark, Zombie, Wizard, Voodoo, Vampire, Goblin, Rotten, Midnight, Insideout, Gothic, Eleka, Killer, Werewolf or Devil pet will be able to take part in this event for free.

Pumpkin Hunt
Just like last year, the Pumpkin Hunt will have you all hunting for pumpkins randomly hidden on certain pages for prizes.

Character Trick or Treat
Similar to an event we have in the past, we will give you more information about this event when its released!

Halloween Snowman
The Snowman will be celebrating Halloween again this year too!

Halloween Avatars
As usual, there will be a few Halloween avatars especially for this event this year which you will not be able to receive again next year!

Halloween Beelzebub
Beelzebub is back and up to his old tricks again. Look out for him on the forums. He's collecting souls and he's after yours. You may receive a small gift from Beelzebub if he likes you but he can also be mean and play a trick on you!